Divorce is one of the leading causes of debt accumulation. As such, divorce often leads to filing bankruptcy. Conversely, financial problems often cause or exacerbate marital problems which ultimately lead to divorce. This cause and effect relationship between bankruptcy and divorce makes for an unusually interrelated relationship.

In my experience, consulting with a bankruptcy attorney before filing for divorce typically makes the bankruptcy and divorce less complicated and more cost effective. I am not saying that it's always best to file bankruptcy prior to filing for divorce.  The timing and order of the legal proceedings depend on many factors and should always be discussed with the attorneys involved. However, by filing bankruptcy jointly and receiving a discharge before filing for divorce, it may be possible to avoid spending significant time and arguments on debt allocation and miscellaneous support issues. The more time a divorce attorney spends on a case, the higher the attorney fees.  The fewer the arguments the better.

In most cases, a person files for bankruptcy after they get divorced. This may be because the judgment of divorce created new overwhelming debt obligations, attorney fees were paid at the expense of other existing debt obligations, or the change in household income and expenses makes it so that a person can no longer meet their debt obligations. So, the question is often what impact does the bankruptcy have on the divorce obligations such as domestic support, property settlement and other marital dissolution obligations.

There are two specific Bankruptcy Code provisions that apply to divorce related debt and its dischargeability.  Under §523(a)(5) debt for a domestic support obligation is non-dischargeable.  Under §523(a)(15) debt that is incurred "in the course of a divorce or separation or in connection with a separation agreement, divorcement decree or other order of a court of record, or a determination made in accordance with State or territorial law by a governmental unit" is also non-dischargeable. To keep things simple, I like to refer to the debt described in §523(a)(15) as "marital dissolution obligations."

The Bankruptcy Code defines domestic support obligation under §101(14)(A). That Section states:


The term “domestic support obligation” means a debt that accrues before, on, or after the date of the order for relief in a case under this title, including interest that accrues on that debt as provided under applicable nonbankruptcy law notwithstanding any other provision of this title, that is—

Basically, what this means is that a debtor (person filing bankruptcy) cannot discharge their obligation to pay alimony, maintenance, child support or anything else that would be considered support.

The §523(a)(5) domestic support exception applies in both Chapter 7 and Chapter 13. This exception to discharge is considered self-executing, which means that the debt automatically survives a bankruptcy discharge. In other words, the recipient of such a payment does not need to file an adversary proceeding to make the debt survive the bankruptcy discharge.

Section 523(a)(15) of the Bankruptcy Code makes non-dischargeable most property settlement agreements and other debts incurred through a divorce or separation or through a related agreement, court order, decree, or other applicable determination.  Specifically, the Section states:


"(a) [a] discharge under section 727, 1141, 1228(a), 1228(b), or 1328(b) of this title does not discharge an individual from any debt (15) to a spouse, former spouse, or child of the debtor and not of the kind described in paragraph (5) that is incurred by the debtor in the course of a divorce or separation or in connection with a separation agreement, divorcement decree or other order of a court of record, or a determination made in accordance with State or territorial law by a governmental unit."

Examples of non-dischargeable marital dissolution obligations include the following:

Example number two above comes up frequently in bankruptcy. It is common to see a joint debt such as a credit card that is owed by both former spouses. The debtor (person filing bankruptcy) upon receiving a discharge would eliminate their personal liability on the debt as to the credit card company. However, if there is an indemnification or a hold harmless provision, the debtor could still be held liable for the debt by their former spouse.

The §523(a)(15) exception to discharge is also self-executing, which means that the debt automatically survives a Chapter 7 bankruptcy (see next section for more explanation). So, the recipient of such a payment does not need to file an adversary proceeding to make the debt survive a Chapter 7 discharge.

Choosing Between Chapter 7 and Chapter 13

When deciding what type of bankruptcy is appropriate many factors must be taken into account. Understanding the differences between domestic support and marital dissolution obligations and their dischargeability under Chapter 7 and Chapter 13 is crucial for making the right decision.

A domestic support obligation is non-dischargeable under Chapter 7 and Chapter 13. Marital dissolution obligations, defined by §523(a)(15), are non-dischargeable only under Chapter 7. Section 1328(a)(2) of the Bankruptcy Code does not include §523(a)(15), which means this type of debt can be discharged by a Chapter 13. Depending on the potential debtor's financial situation and the extent of marital dissolution obligations, this may be reason enough to file Chapter 13 instead of Chapter 7.

Since marital dissolution obligations are dischargeable in Chapter 13, the former spouse/creditor of the debtor has an incentive to file an adversary proceeding in a Chapter 13 to determine whether the debt owed falls under 523(a)(5) or 523(a)(15). If the former spouse/creditor can demonstrated the debt is in the nature of support, they can preserve their right to collect on the debt owed to them.

If you  have significant debt and divorce is on horizon, consulting with a bankruptcy attorney before filing for divorce may make bankruptcy and divorce simpler and more cost effective.

To determine which should come first, you should discuss your situation with a bankruptcy attorney and a divorce attorney. You should also make both attorneys aware of each other. The attorneys, if they are separate people, can work together to implement a plan that is going to get you where you need to be in the least painful way possible.

Chapter 7 may appear to be the best option for resolving your debts, but if there are significant marital debt obligations that would survive a Chapter 7 discharge, Chapter 13 needs to be discussed with an attorney and given a hard consideration.

This website is designed for general information only. The information presented at this site should not be construed to be formal legal advice nor the formation of a lawyer/client relationship.
Posted by Unknown at 12:34 PM No comments: 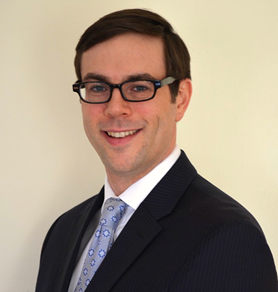